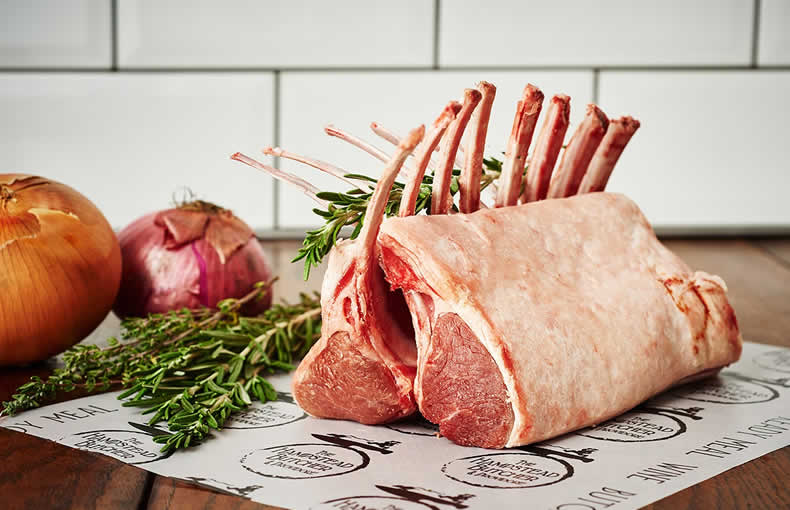 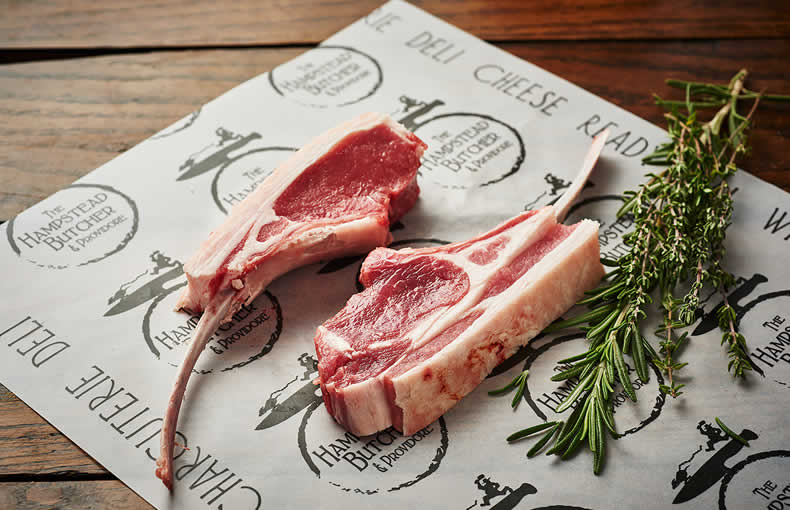 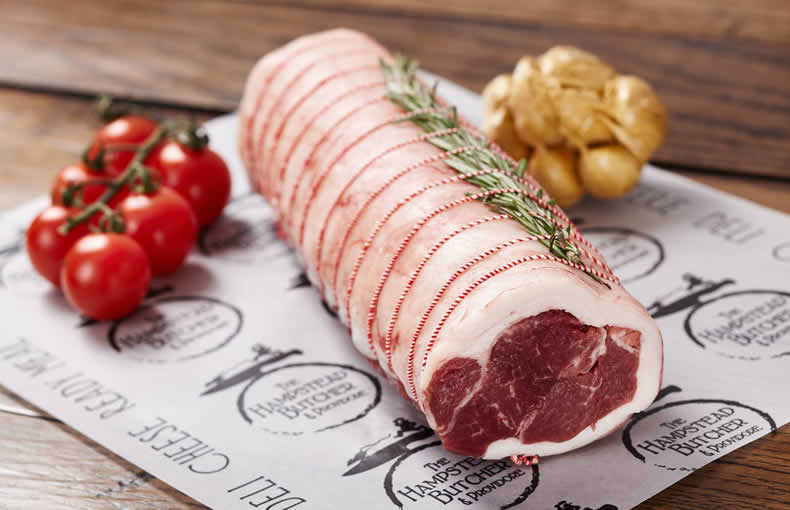 From the marshes on the River Crouch, just 50 miles east of Hampstead, we bring you a quite unique style of lamb. What makes it so outstanding and special? It's the distinctive flavour and meltingly tender texture, which make it significantly different from mountain lamb. The juicy meat is also darker than mountain-reared lamb, has less fat and, of course, is fully traceable. The lambs are born between March and April and live first of all on their mother's milk, then after four to six weeks, grass is added to their diet. They graze on the estuary salt marshes and coastal pastures that are flooded by the spring tides and doused by the sea.

The lambs feed on a rich variety of plants and minerals growing in the salt marshes, which give the meat a superb flavour. Surprisingly it doesn't taste at all salty or of seaweed as you might expect; instead the richly flavoured meat has gentle hints of the coastal flora and fauna, such as glasswort, sea purslane, samphire and sea lavender. The high salt levels and iodine-rich content of these plants and grasses also make the muscle cells in the flesh retain more moisture and so the meat is juicier and 'melt-in-the-mouth' tender. The added benefit of the sea-washed pastures is that the salty water kills a large number of bacteria that can be harmful to sheep and so the need to treat the animals with chemicals is considerably reduced.

We generally take our other lamb from 2 breeds:

Currently sourced from the Oxford area, the West Country & Wales. Suffolk sheep are a black-faced, open-faced breed of domestic sheep raised primarily for meat. The lamb produced when a half-bred ewe is crossed with a Suffolk ram is considered ideal for meat production, since they have unusually good conformation. The lamb has the easy-care benefits of a mountain ewe, as well as the excellent growth of the Suffolk ram. Suffolks were originally developed in England as the result of crossing Southdown rams on Norfolk Horned ewes. The product of this cross was an improvement over both parent breeds.

A breed of domestic sheep originally from the island of Texel, the largest of the Frisian Islands off the north coast of the Netherlands. The Texel is a heavily muscled sheep. It produces a lean meat carcass and will pass on this quality if crossbred. The exact origin of the breed is unknown although it is thought to be a cross of multiple English breeds. It was slowly bred into a meat breed of outstanding carcass quality. The Texel Ewe doesn’t need heavy feeding to raise twin lambs, it does well in sparse vegetation of upland regions and excels in lowlands on better pastures. The most outstanding characteristic of the Texel is its remarkable muscle development and leanness. Texel-sired lambs show an advantage of one full leg score in breed comparisons and less total carcass fat.

Lamb offers some superb roasting joints. The Shoulder, Loin, Leg and Rack of Lamb are all family favourites.

Lamb Shank and Lamb Neck are both slow cook cuts that fall from the bone after a long slow cook. The Lamb Shank cut is from the lower end of the leg. It’s flavoursome and generously offers plenty of tender meat. The Lamb Neck is an inexpensive cut that needs long slow cooking. It can be bought on or off the bone and is ideal for stewing or braising. Lamb Breast is also a slow cook cut that is full of flavour. It can be quite fatty, but this melts off during cooking and can be poured away before serving.

Lamb Chump, Fillet, and Kidney are all cuts that are quick to cook. The Chump is taken from the lower back and is sold as either Chops or Steaks depending on whether it has the bone removed or not. Chops can also come from the Loin. The Fillet is a tender, lean cut of Lamb that can be treated like a Beef fillet. It’s taken from the Loin and is well trimmed of fat. Lamb Kidneys are juicy and flavoursome, served tender and pink, but must be as fresh as possible when you buy them.

We always hang our hogget and mutton to develop flavour and begin the natural tenderising process. Properly hung meat may not look as pretty as freshly slaughtered meat, but there is good reason for that and it's what you should be looking for, not avoiding. After slaughter, the breakdown of oxygen in the blood produces lactic acid and it is this, which tenderises meat, adding flavour in the process.

If an animal is stressed at the time of slaughter, then the oxygen in the blood is used by the muscles beforehand and lactic acid is not formed in the same quantities. It takes time for lactic acid to tenderise meat and indeed for gradual water loss to further concentrate the flavour.

Commercial restraints on supermarkets mean they simply do not hang their meat for long enough - it is on the shelves as quickly as possible after slaughter. This results in the meat being tough and tasteless in comparison to meat that has been properly hung.

I would just like to thank your butcher for hosting the butcher's course at your Muswell Hill shop last night. I had a fantastic evening and I enjoyed every minute.
Happy New Year and thank you for an absolutely delicious turkey. My dad reckoned it was the very best he has had in years! We'll be back.
Just a quick note to say thank you so much for another brilliant picnic on Saturday. Everyone had a wonderful time and were very complimentary about the food. Looking forward to working with you again.
Thank you so much for all of your help the past few days. I look forward to speaking with you again in the future, and I will be recommending you to others, as you are now my 'go-to' place for champagne and wine deliveries in the UK!
Just a note to thank you for the lovely picnic! It was a hit with our group. The praises were high and never ending. I have to say, everything was very high standard and very tasty. We kept mentioning the name of your shop!
Just checking in to thank you again for Saturday. The food was wonderful, and the execution was seamless!
The rib of beef tasted even better than it looked!!! The best roast dinner we've had. You are definitely doing something right!!! I am going to order another to take to Bangkok at the end of the month!
MORE REVIEWS